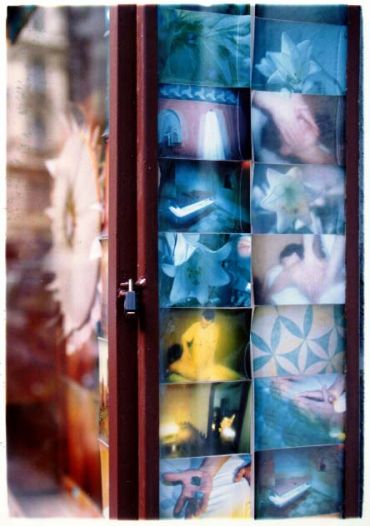 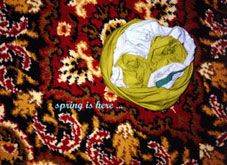 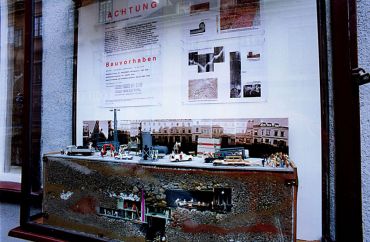 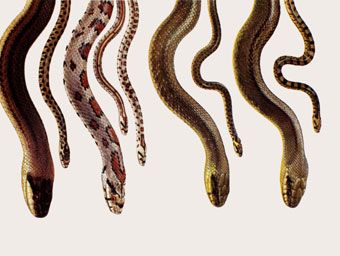 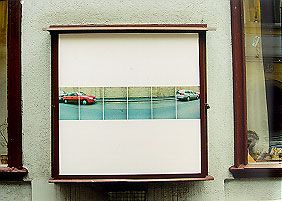 In mid-1997 Gerhard Fuchs opened a small, exquisite massage and body parlour ("Salon") and gave it the name "sinnvoll" (the meanings of the word range from "making sense" to "useful" and "sensible" or, literally translated, "full of sense"). Located in the ground floor of a building in Strozzigasse (8th district), the beautifully decorated parlour consists of 3 rooms (reception with oxygen facilities, massage room, solarium) plus showers and changing rooms. The furnishings and wall paintings, which have a certain African-Arabic touch, were largely done by the artist Franz Vana. Looking out onto the street, the three windows of the reception and the massage room are not like show-windows, but rather like the windows of an apartment. On the parlour's outside wall there is a display case made of glass and sectional iron with a brown lacquer coating, sized about 1m2 and approximately 25cm deep. The exhibition series will integrate this display case as well as the "show-windows" and the rooms with their intimate atmosphere. There is no fixed schedule for continuing the series; what we have in mind, rather, is a loose chain of projects over the next 1 or 2 years. Iris Andraschek May 1997 — May 1998 designed a photo project which showed the parlour's interior and what was going on there as a kaleidoscope image in the display case in the street. Klaus Taschler June — October 1998 created a comic strip consisting entirely of stills from Austrian TV commercials. The hero, generated into a universal male figure out of more than 40 spots, was looking for a way out of the eternal bliss of the closed consumption loop. "Is there a second world?" Patrick Baumüller & Severin Hoffmann October 1998 — January 1999 set up an information desk in the show-window. Entitled "fossi-logic", the desk was to inform passers-by about large-scale excavation works in the course of which some buildings in the vicinity would be going to have to be torn down. Ingeborg Strobl; Skin and Dog. Bodo Hell — Hil De Gard, Andrea van der Straeten, Maria Richle.